December 14, 2007
Suzuki has shown us the first shots of the Concept A-Star, its new baby city car with a definite Indian flavour.

Due to be unveiled at the Dehli motor show in January, the Concept A-Star is a five-door hatch previewing Suzuki's forthcoming A-segment competitor. 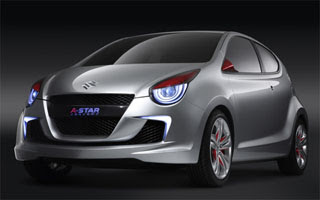 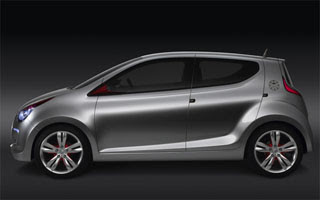 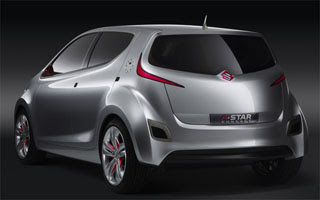 Designed in part by Suzuki's Indian partner Maruti, it'll go on sale in production form in both India and Europe during 2009, slotting below the Swift in the Suzuki line-up.

For Maruti's first crack at a concept car, we reckon it's a fairly handsome effort, but it's not just the design that the Indian team has got involved in. The production version of the A-Star will be built solely in Maruti's Gargaon plant, and Suzuki expects to sell just shy of a million units a year by 2009. Expect to see a few around, in other words.

Details on the A-Star are somewhat sketchy, but we know it'll be powered by a 1.0-litre aluminium petrol engine which is expected to produce less than 109g/km of CO2.

Suzuki says it is considering a diesel variant, but has ruled out using its current 1.3-litre DDiS unit on environmental grounds.