December 14, 2007
Today Auto Motor und Sport published the first official images of the Land Rover LRX Concept that will be shown for the first time at the 2008 NAIAS in Detroit.

The LRX is a two-door crossover with a coupè-like body that previews the future small Land Rover, which will be positioned under the Freelander. The production version is expected to make its debut in spring 2009. 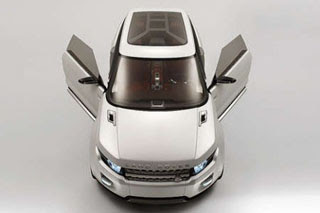 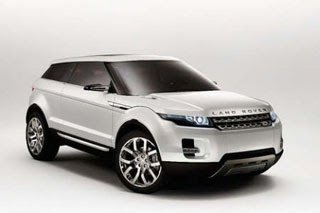 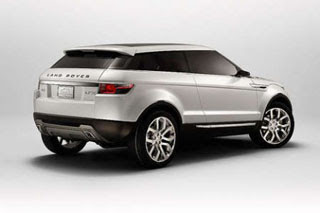 The car measures 435 cm in length and 155 in height, being shorter but, above all, quite a bit lower than the Freelander. The concept has aggressive air intakes, 20" rims and narrow head lights. In the side view there is a notably high belt line which creates along with the sloping roof profile a small glass surface, similar to a sports car one.

The panoramic roof shows the futuristic interior, covered in two-tone leather and highlighted with polished aluminium trim. There are only four seats as the central tunnel is extended to the rear.

The LRX is based on the Ford Focus platform and has a hybrid drive with the electric engine positioned on the rear axle.