December 11, 2007
With all the feverish excitement surrounding the Corvette Z06 and the absurdly powerful Corvette ZR1, you'd almost believe that the standard Corvette had virtually ceased to exist.
Indeed, it has not. And the 2008 Chevrolet Corvette we've just tested proves that while the standard Vette might sit in the shadow cast by its more publicity-friendly brethren, it has received something more valuable than media attention: performance.And considering that Chevy sells roughly one Corvette for every 10 Accords that Honda sells (and 10 times the number of S-Types that Jaguar sells), we're talking about a pretty impressive automobile. 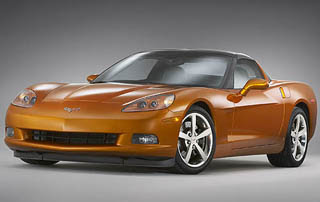 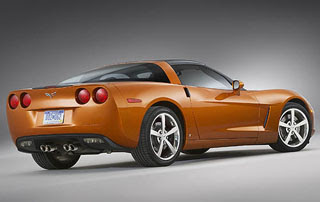 Small Block, No Extra Charge
And there would be no Corvette without the small-block V8. True, there have been moments of great embarrassment in the long history of the Corvette and its pushrod V8. There was the disgraceful 1970s small-block that wheezed out a total of 165 horsepower. And all by itself, the 1982 Corvette V8 represents some kind of low.

This 6.2-liter V8 constitutes the basis of the large explosive device called the LS9, which will power the forthcoming Corvette ZR1 with more than 600 hp. It's a sturdy, thick-wall block, nicely suited to the supercharging that will vault the ZR1 over the 600-hp barrier. But there we go talking about the ZR1 again. For good measure, Chevrolet has also added an intake manifold that flows more air and then rammed in a high-lift cam to actuate intake valves that are 9 percent larger in diameter (2.2 inches vs. 2.0 inches). The result is a "standard" engine that makes 25 more horses than the most powerful power plant of the last-generation Z06.

Some worthwhile side effects include a 4.5-second run to 60 mph and a quarter-mile pass of 12.8 seconds at 114.8 mph. And this car won't quit until you reach 190 mph. It simply humiliates would-be rivals. All right, "humiliate" might be too strong. But this Vette is slightly quicker to 60 mph and through the quarter-mile than a Porsche 911 Carrera S. It's also quicker than a Ford Shelby GT500, a Nissan 350Z and the last-generation Z06.