December 14, 2007
We're 20 feet from a production-spec 2009 Nissan GT-R at Sendai Highland Circuit, a raceway north of Tokyo. After years of staring at various concepts, prototypes and Nürburgring test mules of the GT-R, it's finally time to drive the finished product.An engineer waves us over after making his final checks, then hands us the keys with a smile so big you'd think he'd been knocking back Kirins since sunrise. We suspect he already knows what we came here to find out. 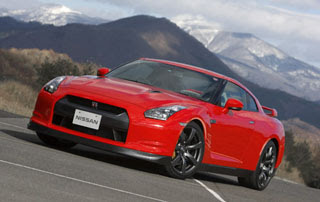 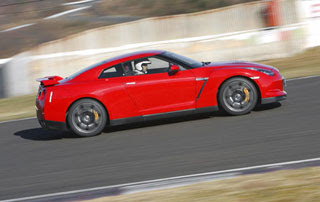 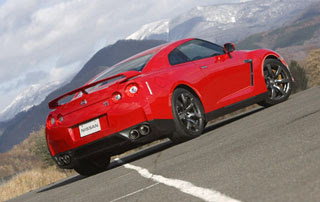 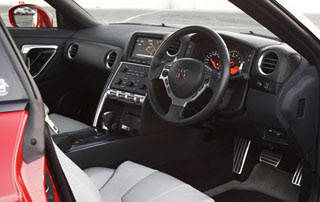 Does the 2009 Nissan GT-R really deliver the performance of the Porsche 911 Turbo for half the price? Time to find out for ourselves.

Getting Acquainted With Godzilla
Unlike most supercars, the GT-R doesn't sit only 2 inches off the ground, so it's easy to slide into the driver seat. This is a Japanese-market car, so we're on the right-hand side, which makes everything feel awkward. The seat is firm and narrow, and the high center console gives the cabin a tight, cockpit-style feel.

Start buttons aren't the novelty they used to be, but the GT-R's big red igniter just below the central shift lever does make us stop and think for a second. There will be 473 horsepower and 434 pound-feet of torque on tap once this sucker is running. It's also about 40 degrees F outside and we're on an unfamiliar track that packs 16 turns into just 2.5 miles of asphalt.

Ignore the Numbers
Into 4th gear and the cabin remains calm right up to 120 mph. There's no valvetrain clatter like a Corvette and the engine doesn't wail in your ear like a 911.A quick left-right-left through a chicane and the GT-R starts barreling back up a hill through a long, sweeping left-hander. It's the last thing we expected, but the GT-R feels surprisingly light and maneuverable despite its curb weight of 3,836 pounds. That's 342 pounds more than a Porsche 911 Turbo and nearly 700 pounds more than a Corvette Z06.

The GT-R should feel like a big, lifeless brick, yet here we are, barely finished with our first lap and already we're tossing the car from one corner to the next with confidence. The precise steering and nearly total lack of body roll make it easy to place on the road, and there's little dive when the big six-piston front calipers are clamping down on the 15-inch drilled rotors.

For an engine that thrives at 6,000 rpm, this 3.8-liter V6 feels just fine at 1,500 rpm, too. That's good, since the transmission's automatic mode heads for fuel-sipping 6th gear as soon as possible. Of course, the slightest nudge of the throttle kicks the gearbox down to 4th. Ask for more and we're met with a slight delay before all the clutch plates and gears get lined up. Then it's wham, and we're off at full boost, wondering what the local speed limit might be.