December 11, 2007
If imitation is the most sincere form of flattery, then Ford should be thrilled by the glut of Sync-like infotainment systems popping up all over the automotive landscape. Possibly the most noteworthy is the Bose Media System. Like Sync, the Media System offers a variety of entertainment features (mostly music playback), plus hands-free phone capability and satellite navigation. It also matches Ford with a user-friendly interface that seamlessly integrates all of its functionality without confusing the user. However, unlike Sync, which is priced for the masses, Bose’s infotainment is only available to the exclusive few who can afford the $300,000 Ferrari 612 Scaglietti. 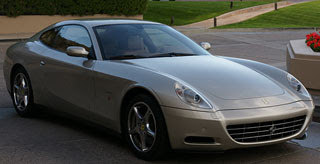 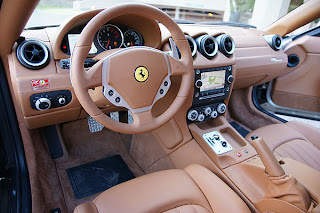 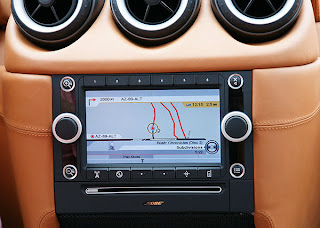 Taking a closer look, the Bose system has all of the typical electronic bells and whistles you’d expect, including AM, FM and XM satellite radio; a CD transport that supports multiple disk formats; iPod connectivity; a 30GB harddrive (15GB for music, the other half to run the interface and store maps); a USB port to upload music files; Bluetooth connectivity; and a slick navigation system with text-to-speech capability and real-time traffic updates. It even has voice command.

A 6.5-in. widescreen LCD controller, located in the 612’s center stack, provides the muscle. At first glance, it looks a little like a high-tech Etch-a-Sketch, because the screen is flanked on either side by old-school rotary knobs. But fire up the Scagliette’s V12, and the LCD quickly displays mapping information, then lists turn-by-turn directions, where the audio is coming from (radio, CD or music library) and what song or station is playing. And that’s not the only way the Media System simplifies operation. Bose’s uMusic learns what kind of music you like from the library of tunes stored on the hard drive. It automatically sets up playlists based on those preferences, and the radio tuner continuously scans for and only displays the strongest terrestrial and satellite stations—so you never have to use seek or scan.

On the road, the Media System really lives up to its hype: an elegant, easy–to-use system that does everything a discerning customer could want. The interface was super-intuitive, and we absolutely loved the “Hand of God” feature—very unique. The LCD also was very solid. All of the text was clearly legible, images and illustration clear and concise, and colors natural. The navigation system was easy-to-use and faster than your average infotainer, quickly re-routing us when we went off course. Sonically, the system was also better than average. The sound stage was deep and wide, and sounded clean, tonally accurate and pleasantly punchy. We especially liked acoustic guitar and vocal harmonies. Even after five hours of continuous listening, we weren’t fatigued one bit.