The Stig piloted the V8-engined, 625bhp supercar around our test track in just 1m 17.3, shaving three-tenths of a second off the previous record held by the Koenigsegg CCX with the Top Gear spoiler. 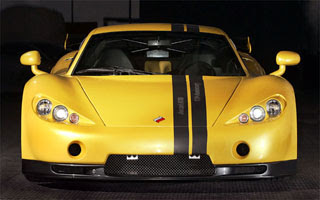 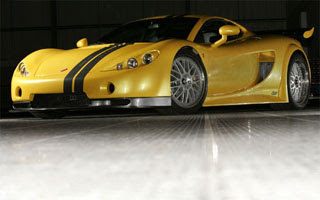 With a claimed 0-60mph time of just 2.8 seconds and the ability to hit 100mph in under six seconds, the Ascari A10 was always going to be quick - but that lap time is simply astonishing.

Best of all, the A10 is British built, in Ascari's Banbury factory - albeit around the German engine off the old BMW M5.

If you reckon the A10 sounds like the sort of car that'd look good on your driveway, well, you'll need about £350,000 (and a very understanding partner) to make it happen. All that cash buys you a lot of carbon fibre, that amazing sequential 'box and, erm, not a lot else.

A few weeks ago, the Caparo T1 lapped our track even quicker than the Ascari but was disqualified from the power laps board because it is unable to clear a speed bump. The Ascari, on the other hand, has a raising hydraulic nose, allowing it to take its rightful place atop the board.