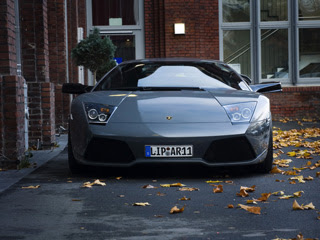 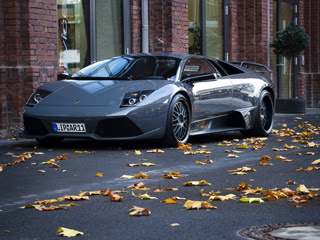 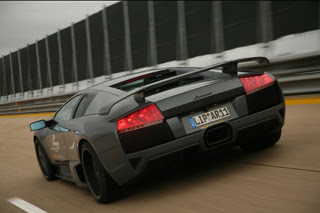 Each contestant has 3 laps: The first one as the warm-up lap, the second one as the high-speed lap and the third one as the cool down lap. By now it’s 6am, the sun is rising over the test track. It’s chilly with light winds, but above all -It’s dry. On this Sunday morning the warm-up lap is driven at speeds between 280 and 300 km/h (174-186 mph). Particular attention is paid to vibrations, oil-and water-temperatures. It feels good, the LP 640, and thanks to the newly developed rear wing it’s so fantastically stable, as if the tires were glued to the south-Italian tarmac.

Now it’s on. The second lap counts and the growl of the V12 is turning into an infernal shriek as the revs rise -similar to a chainsaw cutting through a giant sequoia tree. Wide open throttle is the norm now and even at 280 km/h (174 mph) one is still being pushed into the seat.
Meanwhile in 6th gear the raging bull comfortably eclipses the 340 km/h (211 mph) mark, but there’s more. 345.7 km/h (214.8 mph) is what TЬV-Rheinland’s meticulously accurate and incorruptible GPS-based measuring system shows.

Even the newly developed rear wing could prove itself in these extreme conditions. No drop in top speed -far from it, and absolutely stable driving behavior even at these high speeds.
Driven by this fantastic success the team of edo competition Motorsport will field the Lamborghini Murcielago LP 640 with considerably more power next time. The goal is 700hp, which should allow for a top speed in excess of 360 km/h (224 mph).