After presenting Nemo at the Road Transport Show in Amsterdam in October 2007, Citroen is displaying NEMO CONCETTO at the 2007 Bologna Motor Show. Nemo Concetto is a take on a concept car based on Nemo, a compact, practical and intelligent vehicle that lends itself particularly well to this type of exercise. 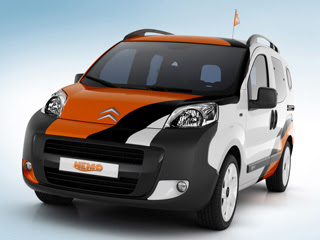 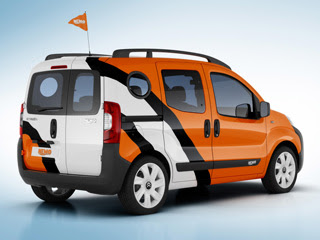 Nemo Concetto is a nod to Disney's clown fish hero, with its orange and white colour scheme. It illustrates the world and values of Nemo, as well as highlighting the many possible ways of customising this vehicle.

Nemo Concetto illustrates the astonishing closeness between the Citroen Nemo and its clown fish homonym. Like the fish, Nemo Concetto can be considered as "small" among its peers. However, its size is an asset, since it is able to nip in and out of traffic easily.

In a world where it would be tempting to think that bigger is better, Nemo Concetto combines intelligent design with compact exterior dimensions and interior space. It shows that intelligence is the most important asset, whatever the environment. Nemo Concetto does not claim to be what it is not. It clearly states its identity with a new take on conventional automotive cues.

Resembling a small truck with fun looks, bright colours and unrestrained humour, Nemo Concetto is a rich mix with overwhelming appeal. Like the clown fish, Nemo Concetto has irresistible personality and looks. Nemo Concetto reflects Citroen's constantly renewed capacity to design vehicles with character, vehicles that adapt to the lifestyles and world of their owners… like fish in water!