What else is new Lexus struggling to develop LF-A supercar

November 15, 2007
Toyota's showing in Tokyo was rife with disappointments, none more so than what was over at the Lexus booth. Beyond its LF-Xh hybrid crossover, rumor had it that a revised version of the LF-A supercar would make an appearance. No such luck. Instead, the same show car we've seen over the last year stood alone, longing for refinement. 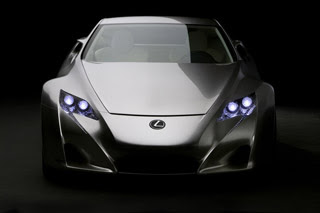 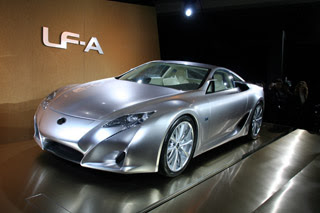 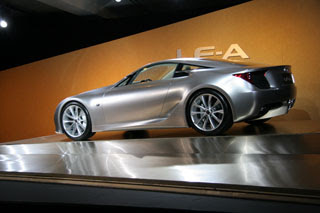 According to Winding Road's Japan correspondent, the reason for the dismal showing was a shakeup on the engineering side of Lexus' new halo. A number of "key engineers" have apparently been yanked off the project to work on other programs within Toyota, and that, partnered with problems providing power from both a V10 and a gas-electric hybrid V8, along with reaching the 218 MPH targeted top speed, has caused delays in development.

The business plan for the LF-A includes building 26 units per month, and sources suggest that sales are likely to begin in 2009 – the same year Acura will bring its own supercar to market.