November 15, 2007
If you’ve been waiting for the all-new 2009 MKS with quiet patience, then the new Lincoln flagship is for you. This is a car all about refined luxury for the responsible types who want a little pampering and a little power—but it must be guilt-free.Ford will start building the full-size luxury sedan at its Chicago plant next summer. 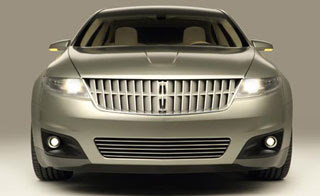 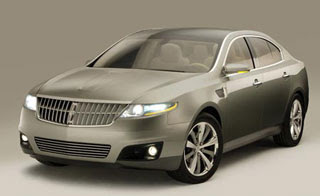 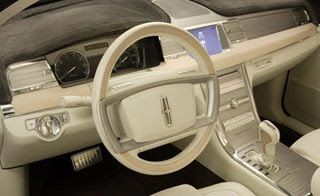 Volume should be in the 40,000 range annually, with a starting price below $38,000.
On the style spectrum, the MKS lands between the Lincoln MKZ (formerly Zephyr) and the sexy MKR concept that kept bringing us back to the Lincoln stand at the Detroit show in January to double-check that it was really wearing a Lincoln badge.

The MKS will launch with a new 3.7-liter V-6 that won’t be shared with Ford or Mercury brand vehicles, says Derrick Kuzak, group vice president responsible for global product development. It produces 270 hp and 265 lb-ft of torque, which is up 20 lb-ft over Ford’s 3.5-liter V-6 upon which it is derived. It is similar to the 3.7-liter engine in the Mazda CX-9. It is mated to a six-speed automatic transmission with SelectShift to manually select gears.

And for the 2010 model year, the MKS will get a new gasoline direct-injection turbo-charged V-6, the start of the rollout of the TwinForce powertrain initiative Ford has promised to boost performance in a fuel-efficient manner. The Lincoln will be the first vehicle to offer the automaker’s new DI technology that we knew was coming, after the automaker threw a twin-turbo direct-injection 3.-5-liter V-6 in the rear-drive MKR concept. That engine was described as producing 415 horsepower and 400 pound-feet of torque. The MKS may not be twin-turbo, but the writing is on the wall for future models.