October 29, 2007
Japan may be the land of the miniature solution, but VW's up! Concept has grown for its visit to Tokyo. 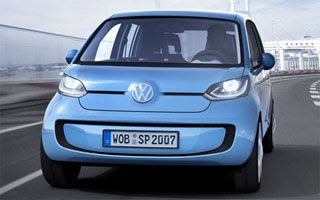 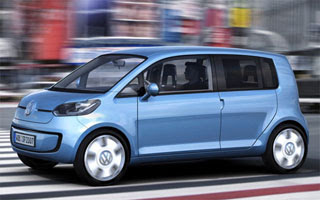 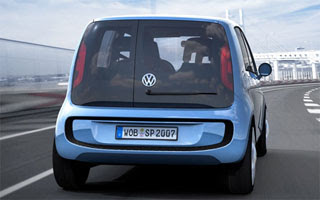 This is the space up, minivan version of Volkswagen's baby city car we saw back in Frankfurt. Unveiled at the Tokyo show, it sits on a longer wheelbase than its three-door sister, and has grown in length by 23cm and height by 40cm.

However, the space up! (anyone else hating that name already?) is still 15cm shorter than the VW Fox - seriously dinky for a four-seater.

The clean lines (or contrived retroism, depending on your point of view) of the styling remain similar to the original up!, and the engine is still strung out at the rear. VW is still touting the flexibility of the concept, and reckons it could be powered by a petrol, diesel or electric motor.

Insiders reckon we could see two- and three-cylinder engines powering the production up!, depending on the market: expect China and India to get the most frugal, low-cost versions, while Europe could see higher-powered variants.

VW has promised yet another up! concept at the Detroit show early next year. We're not expecting a coupe-convertible, but in this crazy world of lower-case proper nouns and unexpected exclamation marks, anything could happen.