October 24, 2007
Will Porsche buy out Volkswagen? A Teutonic takeover looks on the cards after Europe's highest court (most powerful, that is, not one at especially lofty altitude) ruled a law protecting VW from foreign takeovers is illegal. 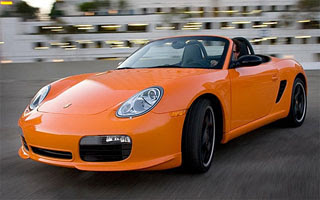 The so-called 'VW Law' had prevented Porsche from exercising more than 20 per cent of its voting rights over Volkswagen, despite owning a 31 per cent stake.

But the European Court of Justice ruled that the law - which was originally drawn up back in 1960 to prevent VW being taken over by hostile foreign investors - contravened the principles of the European Single Market.

That means that Porsche will soon be free to take its stake in VW to 50 per cent, giving it overall control. Porsche CEO Wendelin Wiedeking said today, "We obviously have a high interest in exercising our voting rights in full." Watch out, VW.

So does this mean we'll see a VW 911 Turbo or, worse, a Porsche Polo? Unlikely, but the two companies have already collaborated on the Touareg/Cayenne project, so don't rule out the possibility of more production crossover.

In any case, insiders say that Porsche is unlikely to raise its stake in VW until next year? Пiving all you Mk II Golf owners time to remove that 'My Other Car's A Porsche' sticker from the rear window.