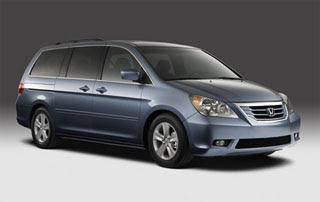 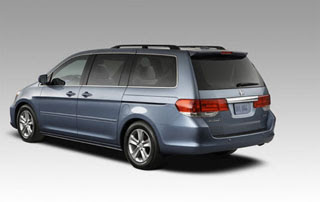 The '08 Odyssey gets a mild face-lift that includes a six-sided grille and new front bumper fascia. Among the new features are standard memory-linked side mirrors with reverse-gear tilt-down on the Touring model and a standard rearview camera display built into the rearview mirror on the Odyssey EX-L.

The Odyssey EX-L and Touring models both have the 3.5-liter V6 with a new generation of VCM that deactivates either two or three of the engine's six cylinders during cruising and deceleration. The EX-L and Touring return 17 mpg in city driving and 25 mpg on the highway, according to the EPA.

What this means to you: You'll pay more for the popular Honda Odyssey this year.