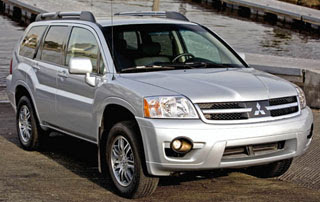 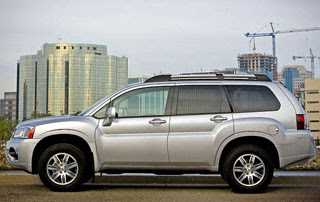 2008 Mitsubishi Endeavor Vehicle Overview
Introduction
There's more to the 2008 Mitsubishi Endeavor than huge fender flares and exaggerated body bulges. That's saying quite a lot, since this midsize five-passenger crossover SUV is festooned with the type of body adornment that makes you wonder if the folks at the factory accidentally included the prototype's styling excesses on the production model. Yet between the Endeavor's love-it-or-hate-it swollen sides is a vehicle that offers solid driving dynamics, a gutsy V6, a roomy cabin and good build quality.

The 2008 Mitsubishi Endeavor is a dark-horse candidate to be sure, overshadowed by newer and/or better-known five-passenger crossovers like the Ford Edge, Mazda CX-7, Hyundai Santa Fe or even Mitsubishi's own Outlander, which offers almost as much interior space and more high-tech goodies. Also, larger crossovers like the Ford Taurus X and GMC Acadia have room for seven, while besting the Endeavor's meager fuel economy. If its ambitious styling floats your boat, though, and you can live without two extra seats, the 2008 Endeavor is a good choice that provides safe, comfortable and well-built family transportation.