October 29, 2007
Lotus is a global high tech company and expanding fast. We are committed to driving forward with technology for both Lotus Cars and our Engineering Clients, spearheading research into ever-increasing fields, such as, hybrids, electric vehicles and renewable fuels. 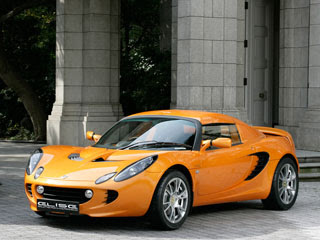 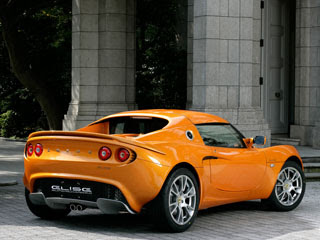 Lotus Cars now retails its products in 32 countries and is growing quickly in new territories such as Malaysia, Korea and China in South East Asia and the Gulf States in the Middle East. Lotus Engineering continues to provide and develop high technology engineering consultancy for the worlds motor industry.

Lotus powers into the 2008 Model year with the most powerful series production version of the
Elise to date the Supercharged Elise SC and a 240 PS Performance Pack option for the
Supercharged Exige S that further reinforces its credentials as a race car for the road.
But extra performance is only a part of the 2008 Model Year story. There are several other
enhancements that make the Elise and Exige ranges more sophisticated and better value than
ever before. Driver and passenger airbags are now standard on all models.

An advanced new instrument pack (again common to all models) provides extra information
about vehicle systems, including servicing reminders, but thanks to secret until lit technology,
drivers wont be alerted to such details until it is necessary. A completely new alarm/immobiliser
system has allowed the introduction of a new Lotus designed key with integrated fob, the
famous Lotus roundel operating as one of its three functional buttons.

The biggest news from the 2008 Model Year Lotus line-up is the introduction of the
Supercharged Elise SC, a 220 PS version of the multi award-winning roadster, easily identified
by its new rear spoiler and unique new design of alloy road wheels.

Despite the on-paper similarity with the Exige S, this is no mere engine swap this is an allnew,
non-intercooled installation applied to the current Elises 1.8-litre 2-ZZ VVTL-i engine.
The Lotus-designed, Magnuson-produced supercharger uses a smaller Eaton rotor pack (an
M45 unit) than that of the current Exige S, and is married to the intake manifold plenum as part
of a single-piece casting. Combined with the absence of an intercooler and its associated
pipework, this integrated supercharger/intake assembly contributes to an 8kg reduction in
engine weight compared with the Exige S.