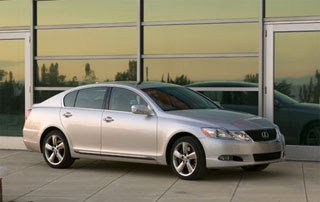 The 2008 Lexus GS 460 gets a boost of 52 horsepower over the previous model. It is equipped with a 4.6-liter V8 that makes 342 hp and 339 pound-feet of torque, which is 20 lb-ft more than the outgoing model, mated to what Lexus describes as the segment's first eight-speed automatic transmission. The engine first appeared in the automaker's LS 460 flagship.

The 2008 GS 460 also gets semi-aniline leather trim in the cabin and ventilated front seats as standard items.