October 24, 2007
What's New for 2008
The 2008 Chevrolet TrailBlazer carries over with minimal changes, most notably adding satellite radio and side curtain airbags to its standard equipment list. 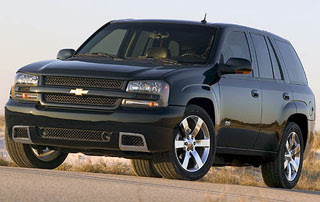 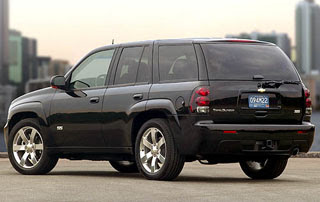 Introduction
The Chevrolet TrailBlazer represents what one could consider to be the old guard of midsize SUVs. In the midst of a consumer shift to carlike crossover SUVs, the TrailBlazer maintains the traditional SUV trait of truck-based architecture. While this provides advantages in terms of off-road performance and towing capacity, it limits the vehicle's appeal to those mostly interested in responsive handling and a well-packaged and versatile interior.

The TrailBlazer was last redesigned in 2002, and its age is showing. Though performance and ride quality remain strong points, the Chevy's cabin design is dated and its handling, always circumspect, doesn't inspire much confidence. And unlike most rivals with optional third-row seating, the 2008 TrailBlazer makes do with just two rows and a passenger capacity limited to five.

The 2008 Chevrolet TrailBlazer could still be a fair choice for consumers wanting a vehicle for frequent towing or off-road use. Some might also find appeal in the high-performance TrailBlazer SS. But overall, we think there are plenty of better choices for a mainstream midsize SUV.

Powertrains and Performance
Chevy's TrailBlazer comes standard with a 4.2-liter inline-6 that generates 285 horsepower and 276 pound-feet of torque. A 5.3-liter V8 is optional, featuring 300 hp and 321 lb-ft of torque. Both engines are backed by a four-speed automatic transmission and a choice of rear-wheel or four-wheel drivelines.