October 21, 2007
LONDON — Audi is launching a head-snapping advertising campaign for its 2008 R8 in the United Kingdom today that uses the tagline "the slowest car we've ever built." 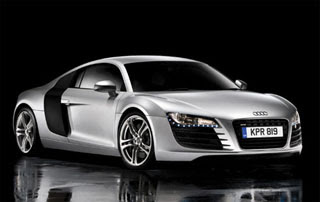 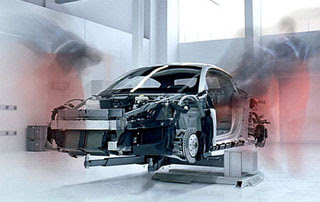 The $12.2 million ad campaign makes heavy use of irony, since the R8 is the fastest production car Audi has ever produced. It is equipped with a 420-horsepower V8 4.2-liter FSI engine and sprints from zero to 60 mph in 4.4 seconds. It has a top speed of 187 mph. "But because each one is constructed with painstaking precision, largely by hand, it actually has by far the slowest build process of all Audi models," the automaker notes in a statement. Only 450 R8s will be shipped to the U.K. in 2007, with 750 to follow in 2008.

The 90-second commercial by Bartle Bogle Hegarty promises to be fairly riveting, with a group of real Audi mechanics putting together an R8 over the course of several days "from the very first bolt to the finished car."

Irony is defined as something that seems deliberately contrary to what one expects. If you Google "Germans and irony," you get a sense of the controversy behind the linking of the two. "Do Germans Do Irony?" asks one citation, while castigating the celibate German-born Pope Benedict XVI for criticizing Europeans for having fewer children than in the past.

What this means to you: Hey, it got your attention, and that's what the best ads do.